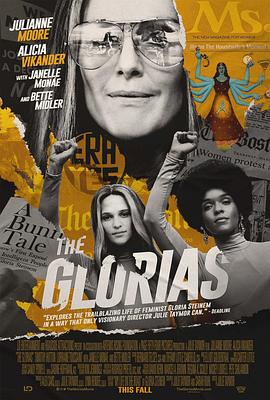 Two contemporary USA historical dramas make an opportune double bill, covering the sweeping scale of Land of Freedom’s entrenched racism, sexism, abortion rights, the Vietnam war, police brutality, white supremacy, Byzantine, institutional corruption and jurisdictional injustice. What both movies depict is only regretfully too close to home for today’s stateside audience, yet they are worthy of essential viewing on account of exactly the same reason.

THE TRAIL OF CHICAGO 7 is Sorkin’s sophomore directorial endeavor (he originally wrote the script in 2007, Steven Spielberg was the intending director, after a dozen years mired in preproduction hell, it is hight time that he chooses to take the rein himself), a sparks-flying courtroom drama about the notorious trial of a group of anti-Vietnam War protesters, indicted with conspiracy and intention of inciting riot at the 1968 Democratic National Convention in Chicago.

The titular seven defendants are all white male, plus one black marked man Bobby Seale (Abdul-Mateen, a towering specimen of stout-hearted dignity and bottled-up rage), the co-founder of the Black Panther Party, whose lawyer is in absentia due to illness therefore is more vulnerably open to mistreatment at the hands of the uppity judge Julius Hoffman (Langella, back in the Oscar conversation with riveting bravura of bigotry and pretentiousness).

“There is no such thing as political trial, good to know!” Sorkin regales his dramatis personae with his usual, profuse ammunition of verbal lethality and exactitude, and among which he is also well-disposed to intersperse intermittent levity and irony. The whole enchilada is a show trial plain and simple, for those who are conversant with that particular time, the verdict is anything but uplifting, ergo, we are not expected to feel triumphant when the curtain is brought down (flashbacks of key events are tactfully interleaved to propel the legal procedure). Smartly, what Sorkin vigorously draws on is the intensely structured confrontation and disclosure in the courtroom, to knock audience dead in probing into the unsavory lowdown, or to get our blood pump in face of egregious misconduct and sheer venom from the authoritative figures (manipulating the jury pool, gagging and straitjacketing a defendant, swingeing police infiltration operation, the perverse obstruction of its thinly-veiled truth, etc.).

Meantime, the internal strife among the septet is another touch-paper, chiefly between Tom Hayden (Redmayne), who represents the law-abiding, non-violent mainstream democrat, and Abbie Hoffman (Cohen), the racial pinko, subcultural hippie. Their ideological discrepancy is rammed home smack to the felicity of Sorkin’s razor-edged wording, once it is gotten out of their chests, hostility can dissipate into mutual understanding, therefore, offering a chance to find middle ground of co-existence or cooperation, the ultimate solution to our world’s rampant partisanship.

Encompassing a large, almost sausage-party-exclusive ensemble, the film is an embarrassment of riches relative to sterling performers, besides the aforementioned Abdul-Mateen and Langella, a bodacious Cohen might get many Oscar-voters’ ballots for his uncharacteristic straight-acting that is not aimed to tickle our funny bone, though he gets snappy wisecracks once a while, his A. Hoffman (categorically no blood relation to the Judge J. Hoffman) is a stoned buffoon with enough lucidity and firm determination of his noble cause; whereas Redmayne’s personage is more self-righteous (but de facto the whole blood-letting donnybrook can be partially imputed to his spur-of-the-moment outrage) and he is terrific but overall the actor’s disarming and aw-shucks veneer is difficult to expunge; Gordon-Levitt makes a conscientious prosecution attorney, his internal wavering is palpable without obvious outlet, so is Caitlin FitzGerald’s undercover police officer (the deficiency of female presentation is a rub the film has to come in for in its campaign trail); Michael Keaton has a relaxed, even facetious cameo as the “star witness” whose motive is rather murky to decipher (it is quite surprising to see him and Redmayne in the same scene, he must bury the hatchet of losing his golden statuette to the latter in a tight battle); however, as Yours Truly sees it, if only one person among the cast can be fingered for an Oscar nomination, my vote goes to Rylance, as the defense attorney William Kunstler, who moderates a superbly calibrated performance attuning to an estimable law practitioner’s professionalism and disillusion, without losing touch of a dramatically hyped realism.

If Sorkin's democratic-convention-in-a-police-state hubbub and its aftermath is an event film, Julie Taymor’s THE GLORIAS (her first feature in almost a decade), befitting the now much maligned category of Oscar-bait biopic, is a river-long journey of the incredible story of Gloria Steinem (1934-), the trail-blazing feminist movement doyenne whom our world truly doesn’t deserve.

While Sorkin’s picture wins raves up the wazoo, Taymor’s labor of love receives cold response ever since its Sundance debut in earlier, Yours Truly is very intrigued to seek out why? Is it still the humbug of sexism in the works? I can smell of a ghost of that.

THE GLORIAS is almost an antithesis of CHICAGO 7 on the gender disparity, it is a women’s picture front and center, and Taymor’s gambit of convening all four actresses who play Gloria in different ages in the same scenario, a bus perpetually on the road (the thematics stem from Gloria’s autobiographic book the film is based on), is openly criticized by many critics, but it is indeed a nice, surreal conceit in conjuring up the introspective rumination which we often wish we could have, conversing with one’s younger self about feelings and regrets.

If THE GLORIAS adheres to the usual route of a traditional bio-pic narratively, it is mostly chronological, with occasional temporal jumps that could be applied more pertinently, one of its rewarding merits is that through four different performers, Taymor carves out a subtle but totally believable trajectory of Gloria’s maturation as an extraordinary woman: as a young girl (Armstrong), she is spirited, father-worshipping, happy to follow a peripatetic life espoused by her father Leo (Hutton); then as a teenager (Wilson), she becomes more withdrawn, though hipped on tap dance, taciturnly feels the pall of an absent father when she has to take care of her long-suffering, unbalanced mother Ruth (Graham), who has given up her career as a journalist to marriage and child-rearing.

The lion’s share of the film is divided between Gloria in his formative years (Vikander) and middle age (Moore), in Vikander’s chapter, Gloria’s pilgrimage in India opens a new horizon and finds her more universal rapport and scourge that preys on womanhood. Her early career path is riddled with chauvinistic impropriety and sexual harassment, but Vikander brings about an opaque impression that almost keeps her emotion at a remove (her ambiguous relationship with Leo never morphs into anything resounding).

Gloria’s remarkable self-possession is crystallized and consolidated through constant disappointments she receives from the stronger sex, it is a rather un-cinematic trait for a subject in question. Indeed, Taymor firmly keeps hyperbole in check as regards to Gloria’s characterization (it is more or less consistent with Rose Byrne’s undervalued portrayal in Dahvi Waller’s mini-series MRS AMERICA, about conservative activist Phyllis Schlafly), and instead, to foreground her rationality, intellect and penchant for stage-fright.

When it’s Moore’s turn, her Gloria is seasoned with more compassion and resolution in her vocation, coursing through the landmark moments of spearheading ERA movement, authoring and editorializing Ms. magazine, a lifelong friendship with Wilma Mankiller (Guerrero), the first woman to serve as Cherokee principal chief in 1985, together with diverting appearances of renowned activists like Bella Abzug (Midler, a class act), Flo Kennedy (a mordant Toussaint) and Dolores Huerta (Sanchez). Deferentially paying homage to Ms. Steinem and her achievement, it is noticeable that THE GLORIAS tries very hard to sustain a fidelity that is artistically at the expense of Taymor’s usual visual flourish (save for a crimson superimposition as a response to a male chauvinist question and an animated sequence of the cover of Ms. magazine’s first issue) and narrative selection.

The long and the short of it, both films serve as testimonies that a quest to achieve any sort of equality or progress has always been a protracted, treacherous battle. A fighter perchance can not savor the sweet taste of ultimate victory in their lifetime, but every concerted effort means half the battle, for USA citizens, they are also urgent adjurations to vote, as your life depends on it, au fond, the whole world depends on it too.